Promoting Cultural Heritages with Music: the example of Meteora, Greece 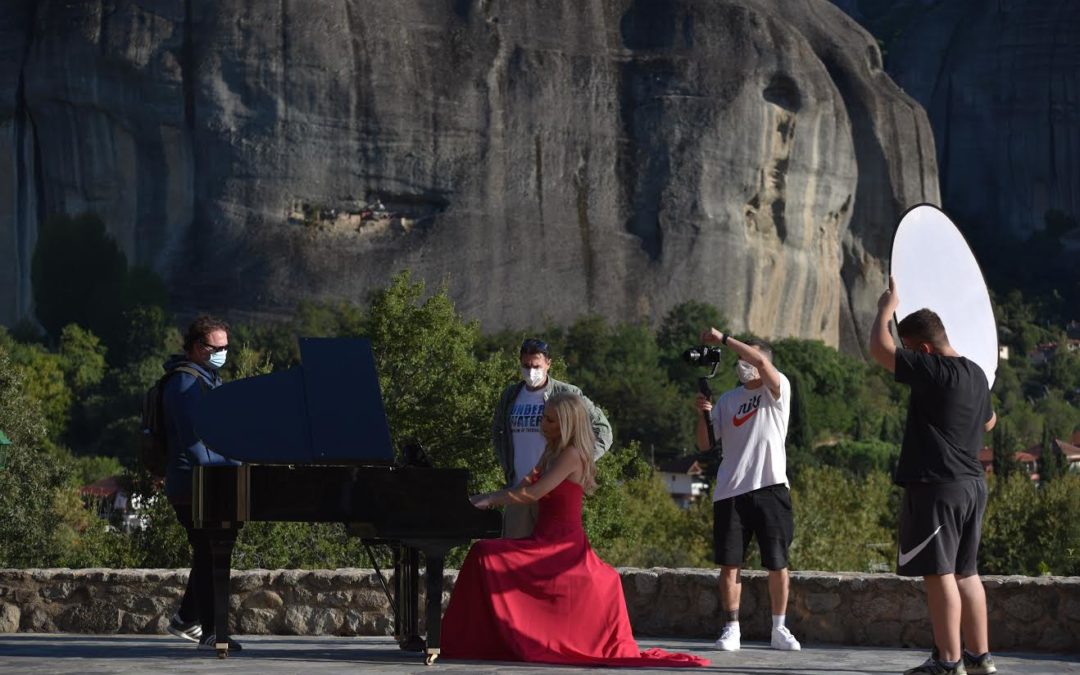 A marvelous music video was filmed a few days before the second national lockdown in Greece’s Meteora, to become the country’s first entry on a global cultural digital map named ”O-city”, currently under development by 13 organizations and universities in Europe.
According to the local website onlarissa.gr, this interactive map aims to become a useful tool for those who wish to learn more about the history of certain cultural sites, by being able to get a fully digitized tour of these monuments.

The video in Meteora was produced by volunteers, who were assisted by the Regional Governor of Thessaly, Costas Agorastos.

The production’s director was Pascal Mantis, while Eleni Xydia was the featured pianist.

The towering cliffs in Meteora, where the video was shot, topped by age-old monasteries, are a UNESCO World Heritage site and one of the country’s key tourist attractions. 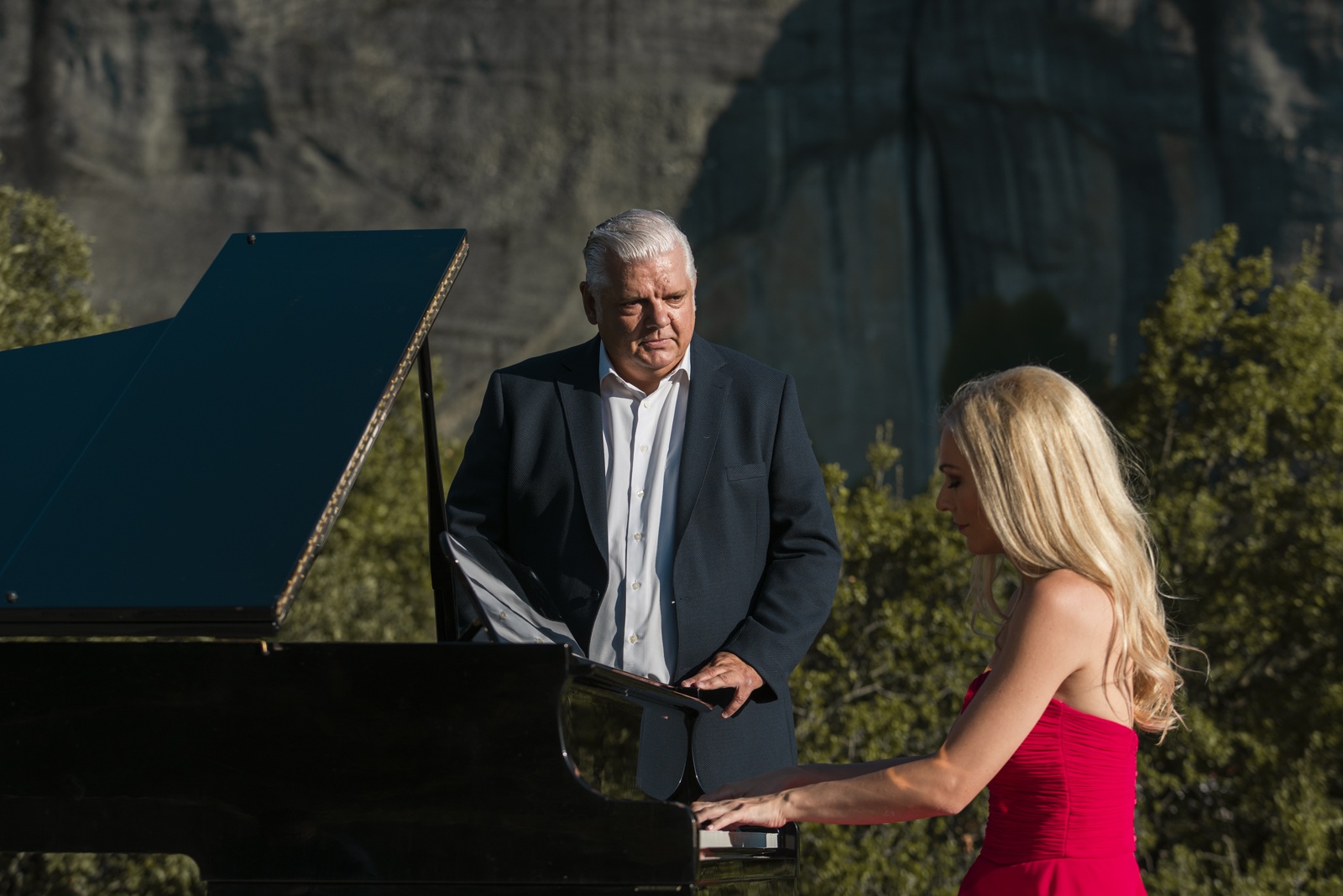 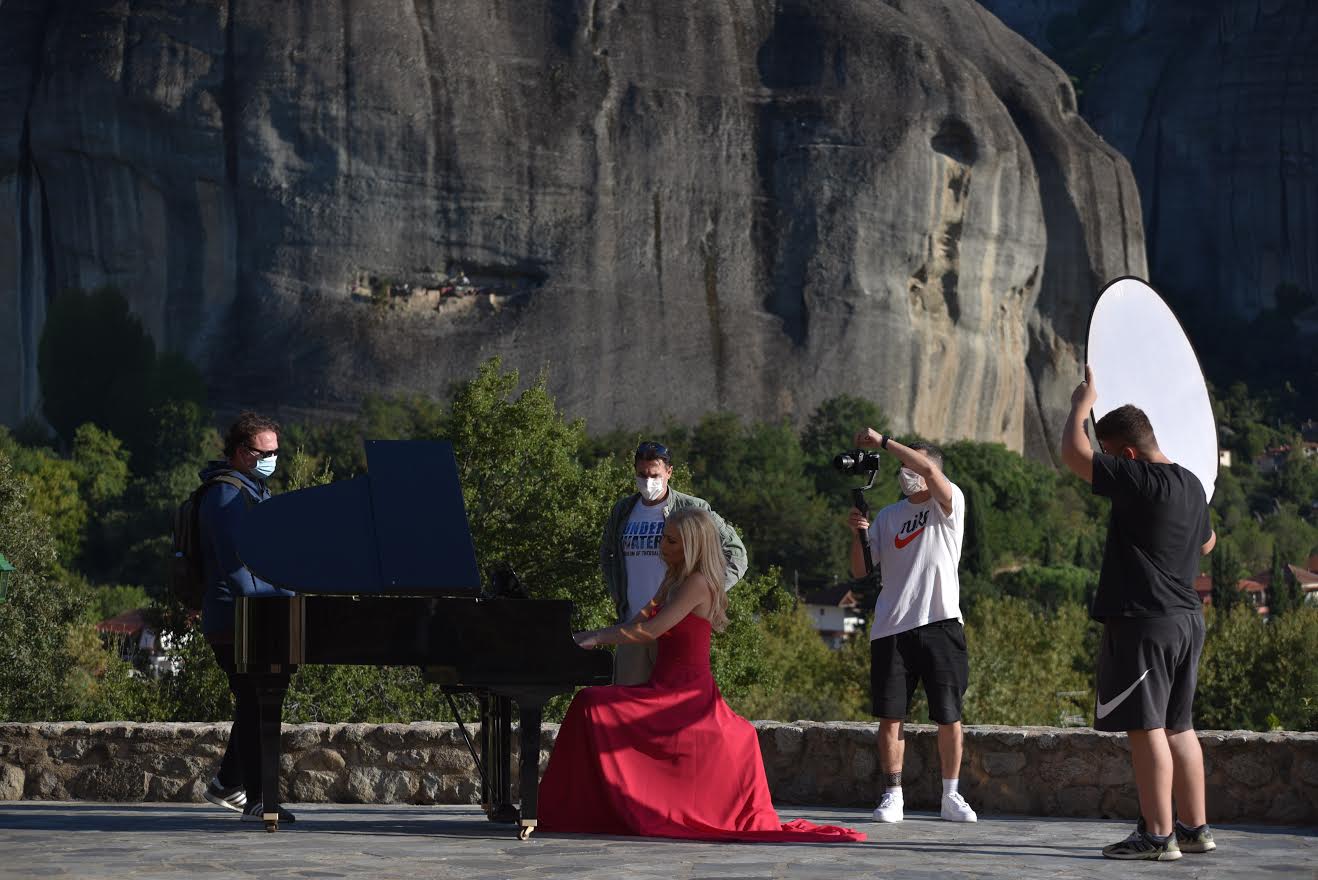 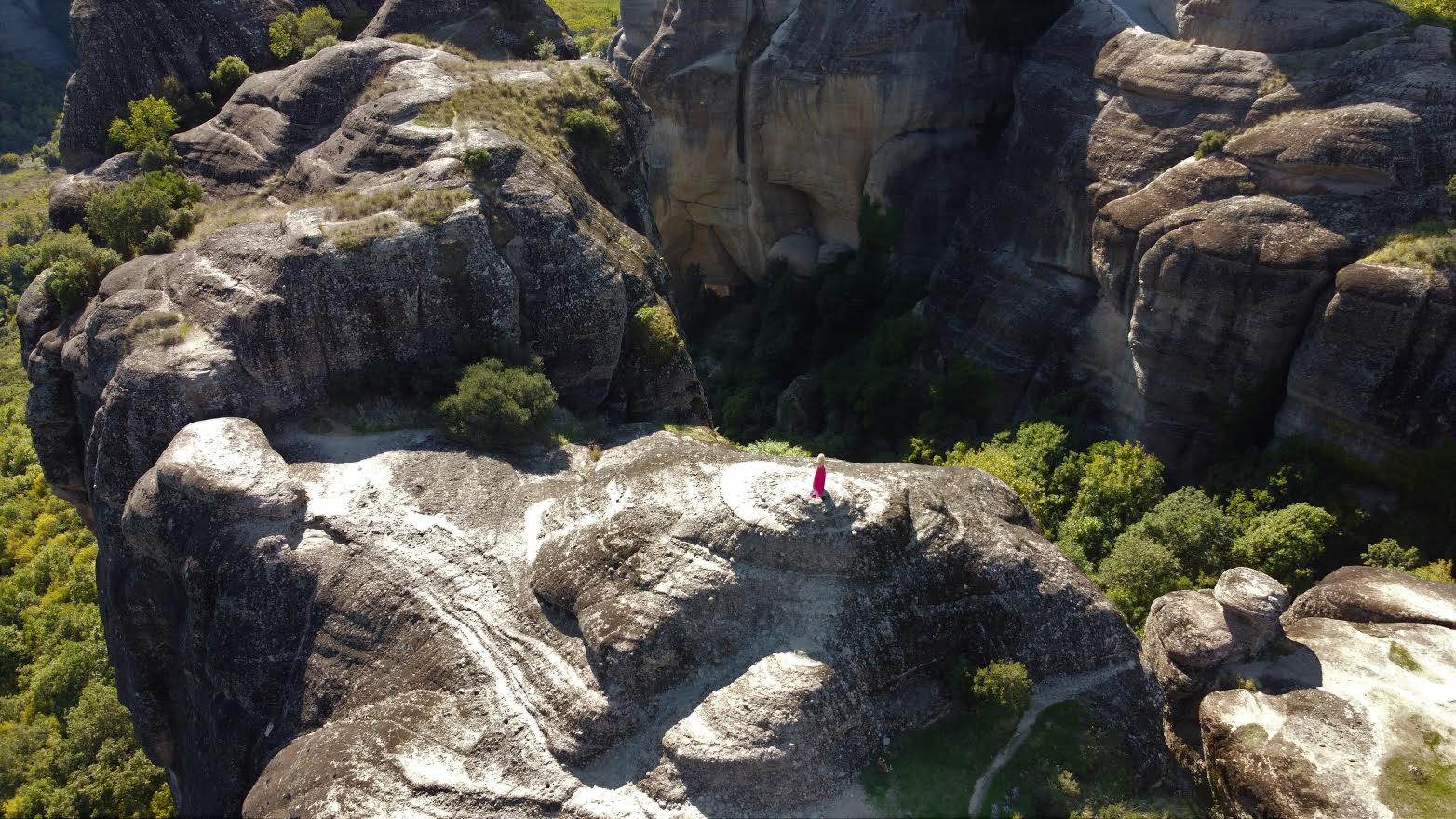 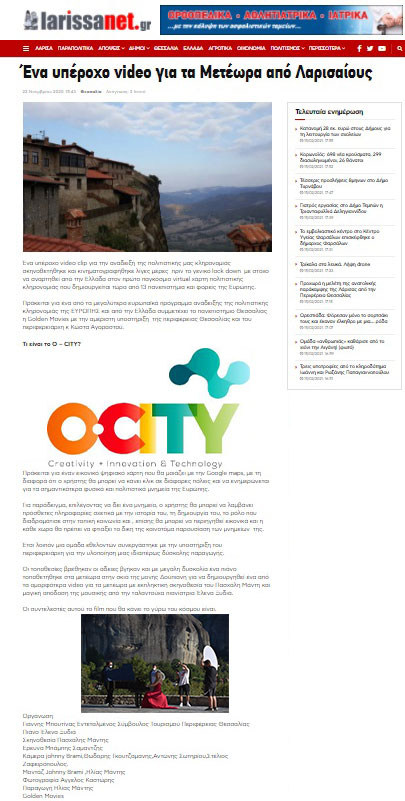