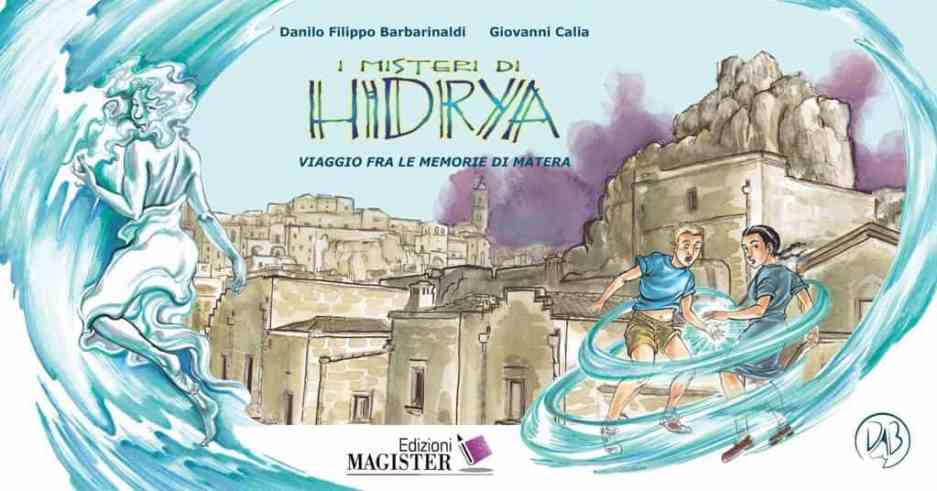 In every story, especially those told by comics, places form the background to personal stories, drawn in certain contexts, presenting glimpses of particular everyday life, underlining and recounting the authenticity of places and therefore of cities.

When stories are authentic, true, they generate empathy in the reader who thus wishes to immerse himself in that world, to be part of it, to be able to live in it and experience it.

Comics thus become not only a means of describing places, but also an attraction for new visitors.

This is what Danilo Barbarinaldi has managed to do,  he is the creator of a comic book called I misteri di Hidrya. A comic book, completely in colour, about a boy who is about to experience not only a trip to Matera with his family, but a daring journey through time, into the mystery of millenary places, treasure chests of ancestral secrets.

Danilo is also the developer of the basic comics course, aimed at teachers and students to promote the storytelling of cultural destinations through the medium of comics. The course is one of the outcomes of the European project O’City, of which Materahub is one of the partners.

The project aims to promote models of creative economy (so-called Orange Economy) for cities and territories, which provide strategic investments in culture and creativity, especially in the post-pandemic era, to generate new growth strategies and new economic, social and cultural paradigms.

It will be possible to follow the course soon.